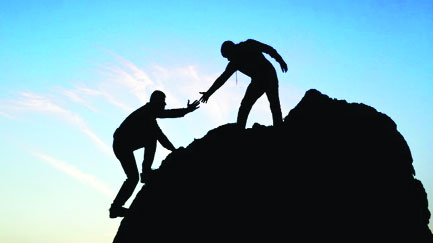 Are you good? What does that even mean, to be good?

Most people, if asked this question, would probably answer yes, or would say, “I try to be good” because nobody’s perfect, right?

First of all, let me say that “good” is such a broad term that there are many ways to define this, but we’ll use the accepted moral definition where, for example, helping an old lady across the street is good, while pushing her down and stealing her purse is not good. I think we can all agree on that.

Here are four possible definitions of what it might mean to be good.

1. Good is an action

This is the easiest way to measure goodness and least stringent definition. If I do a good deed, then I’m good.

The problem with this definition is that our minds easily find objections to it. After all, if a mass murderer gives a hundred bucks to the Red Cross, does that make him good, based solely on that one act? Not likely. Clearly, this approach is too binary and simplistic for the real world. We need more.

2. Good is an average

The problem with this view is that we need to define what time period we’re talking about. What if a person is a saint for 60 years and then becomes the worst devil the world has ever seen for 10 years? Can we really still say he is a good person as he commits the rape and murder of hundreds of innocent people, if the average of their life was spent doing good?

You might say, “He was a good person but he’s not now.” But that means you are taking a smaller time to average the good and bad deeds and if we reduce the time period enough, we are back to the first option. So let’s go deeper.

3. Good is a direction

Here is a way to reconcile the problem we had in #2. Perhaps goodness is a direction that we are facing: we are good when we try to be good and keep trying every day to get better. The man who was good in his youth has changed the direction of his life and now he is facing the wrong way: he is a bad man now. This is a more satisfying position because it’s the effort that matters, not just the results. Sure we fall sometimes, we do bad things, but nobody’s perfect.

The problem with this view is similar to the second one. How do we measure these shifts in direction? I, for instance, am a person who really tries to be good. I am nice to pretty much everyone, and I like to help people. But then I have a bad day where I am nasty and dismissive and selfish. I get petty and treat people unfairly. Am I no longer a good person on that day?

You may be tempted to give me a pass on that one. Everyone has bad days and after all, it’s the overall direction that matters. But now we’re back to the law of averages and if a single day of terrible deeds doesn’t matter, then how long does it take to stop being good? Is a week short enough or do you have to be terrible for a whole month? There is one more position that is quite uncomfortable and very depressing.

4. Good is a location

I don’t mean a physical location. I mean that either you are good or you’re not and once you do anything that is not good, then you are not good. This view is terrifying because as we all know, literally no one is perfect and that is what this view requires.

Let’s use a metaphor. “Goodness” is soup and “badness” is cyanide. If you are making soup, how much cyanide is acceptable? Hopefully, for the people who will eat it, none. Using this metaphor, we can see how different the other views are from this last one. #1 says that as long as there is some soup in the pot, never mind how much cyanide there is, it’s fine. #2 says that as long as there is more soup than cyanide, everything’s okay, and #3 says that as long as you keep trying to put soup and healthy things in the pot (even if some cyanide sneaks in), then it’s okay and no one can blame you, because nobody’s perfect. #4 says that if there is any cyanide in the soup at all, then you’re in deep trouble.

Unfortunately, this is the view the Bible holds. In Mark 10:18, someone refers to Jesus as “Good Teacher.” Jesus replies, “”Why do you call Me good? No one is good except God alone.” In Matthew 5:48, Jesus says blatantly, “Be perfect, therefore, as your Heavenly Father is perfect.”

So what’s the point? If we’re supposed to do something that’s impossible, why try at all? Jesus might as well have told us to jump to the moon.

But that is exactly the point of Christianity. We can’t be good except through God. The cyanide of evil and sin are already in the soup that is our lives and we can’t strain it out, no matter how fine a strainer we use. Short of dumping the whole pot down the sink and destroying ourselves, we are stuck with poison soup.

But there’s hope. Right after Jesus says that no one is good, his disciples ask the obvious question “Who then can be saved?” (Mark 10:26). Jesus replies, “With man this is impossible, but not with God; all things are possible with God.”

This is the beauty and simplicity of the matter. Not only can we not make ourselves good, we don’t have to. If God pours his antidote into our poisoned soup, it doesn’t matter if there is a little poison or a lot: it takes it all out.

This flies in the face of concepts like karma. After all, if we do evil, we should suffer proportionately. A man who kills 10 people should receive 10 times more punishment than the man who kills one person. But God says that everyone’s soup is poisoned, no matter if by genocide or by one white lie.

In 1992, a man named Jeffrey Dahmer was arrested and convicted of killing and eating 17 people, along with other gruesome acts. He was sentenced to 16 life sentences and his name quickly became a byword right next to Hitler for the evilest of people ever born. He was beaten to death in prison two years later but before he died, he apparently became a Christian.

Of course, that is between him and God but if he did become a Christian, then God’s antidote wiped away all the poison in his soup, and there was a lot of it. He died a good person, not because of anything he did, but because of God’s forgiveness. God made him good. 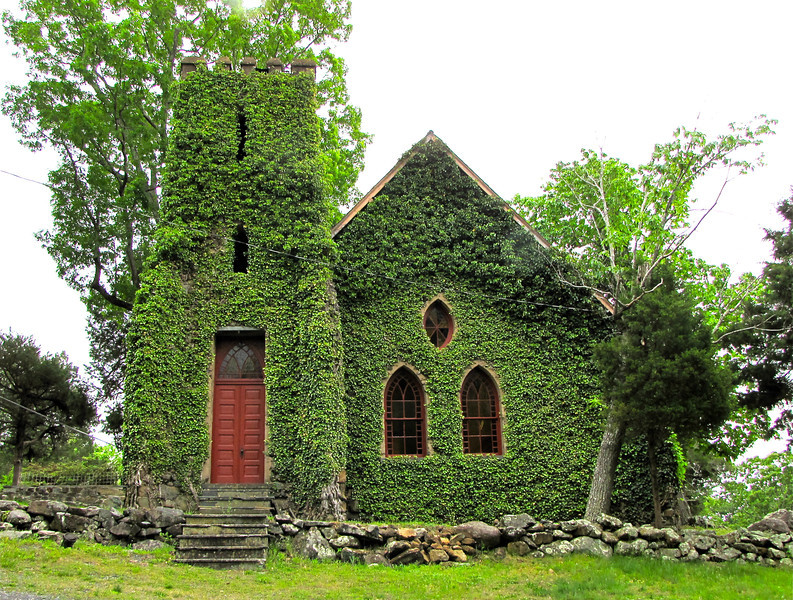